Here for the Good Days

Here for the Good days is the outcome of the research process that prelude my final project - Elsewhere. "I wish I could also be here for the good (weather) days" is a thought I often had whilst in Beijing, the city where I grew up in, but have only "visited" a handful of time since leaving for university.

Being there for all the good days is a tell-tale sign of living in a place, a sign that repetition has triumphed over chance. I have an album full of London's most beautiful sunsets from 2020, but only a handful of images of Beijing from 2013-2019. I also looked at words and language in the urban environment as a carrier and subsequent igniter of memory, which I felt allowed these texts to attribute to a sense of "place", and thus transforming something as mundane as information objects (signage) into poetry through collective memory.

This first group of graphics set personal memory alongside collective memory, and compares the methods through which memories/data are gathered: the kind that naturally occurs when you live in a place vs. the kind that relys on the results of internet searches, hoping that someone else out there has posted information that you can relate to.

The second is a proposal for an installation that explores the connections and dissonance between memories of Beijing and London, and the atmosphere that arises from this liminal space. Characters sewn onto the images are illegible until the viewer looks through the clear surface in between, where the reflection of the images on one side meet the physical set of images on the opposite side to complete the text. 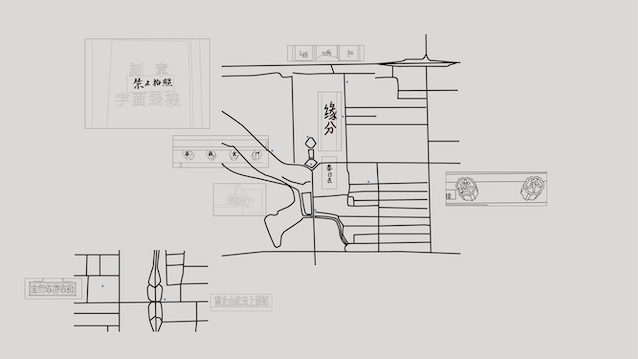 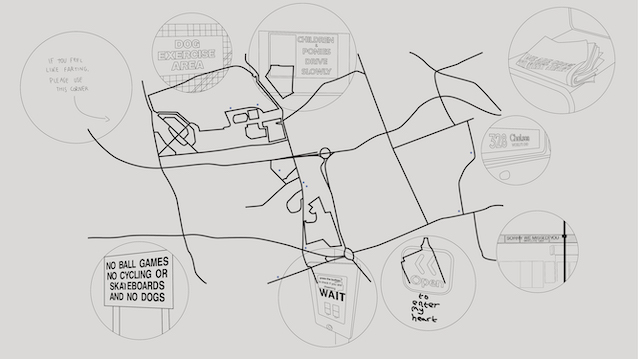 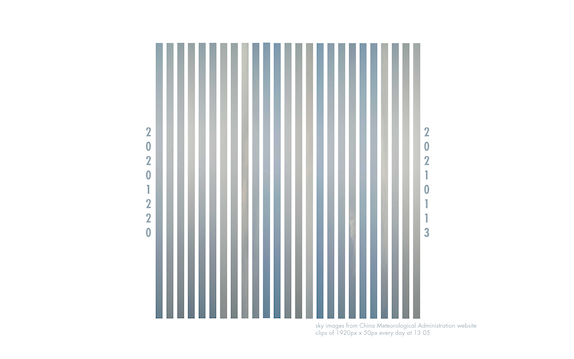 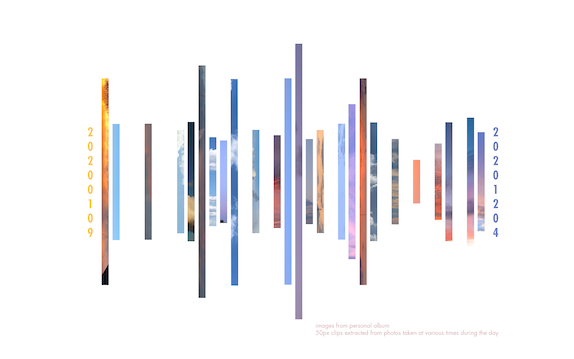 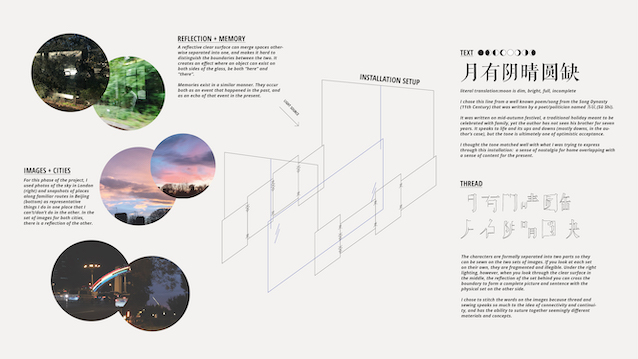 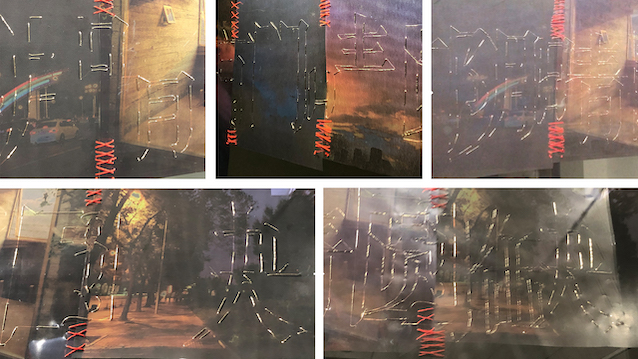