Rube Goldberg Machines was part of a class-wide rube goldberg machine for Network Everything.

We started out with the idea to use toy cars, dominos and beads to create motion and movement. We then recycled a wooden frame, some bamboo tubes, and bought a toilet plunger and a plastic funnel found at a hardware store.

Once a signal is received from the previous part via x-bee, a servo would turn to open a latch, letting marbles pass through from a reservoir and through rubber tubes to hit a series of toy cars, which would go down a ramp to set off a chain of dominos. The last domino, connecting two conductive pads, will send off a signal to the next segment via another x-bee, and turning on a servo which waves a tiny flag. 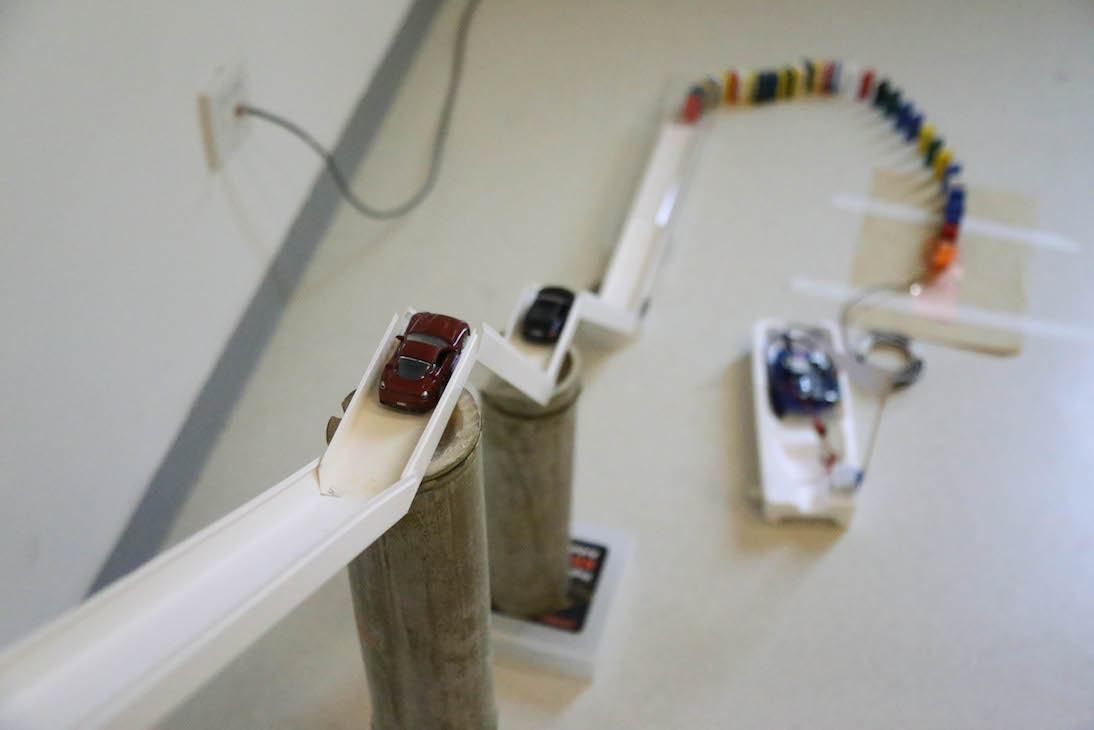 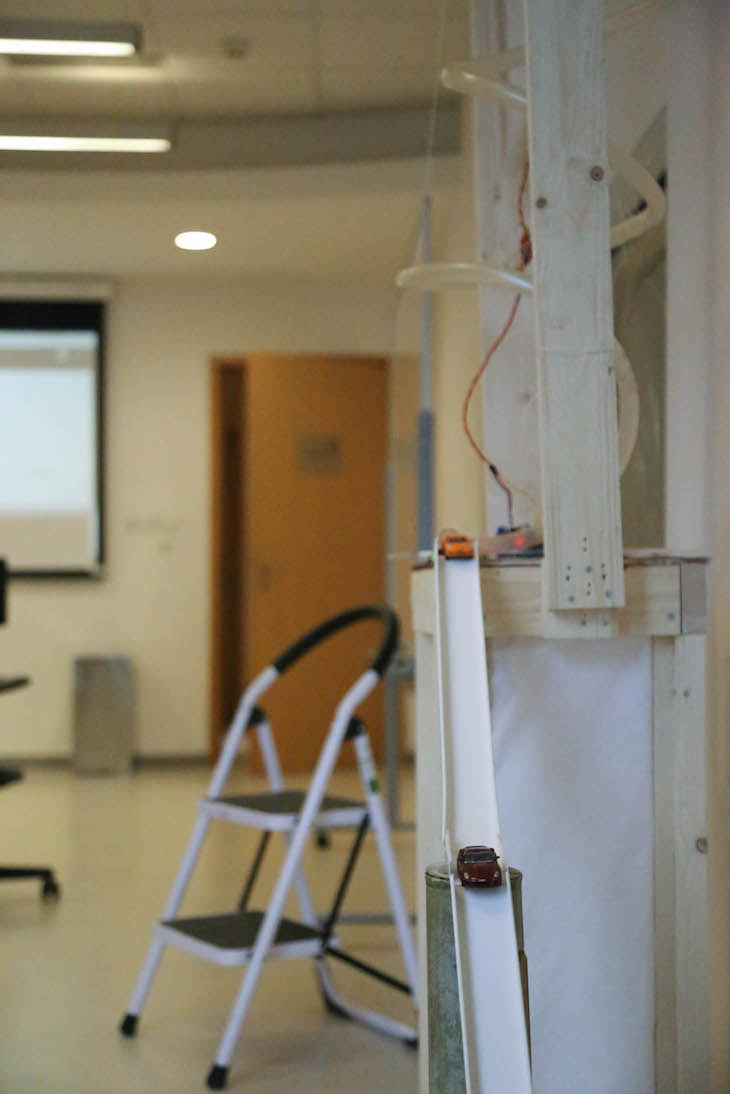 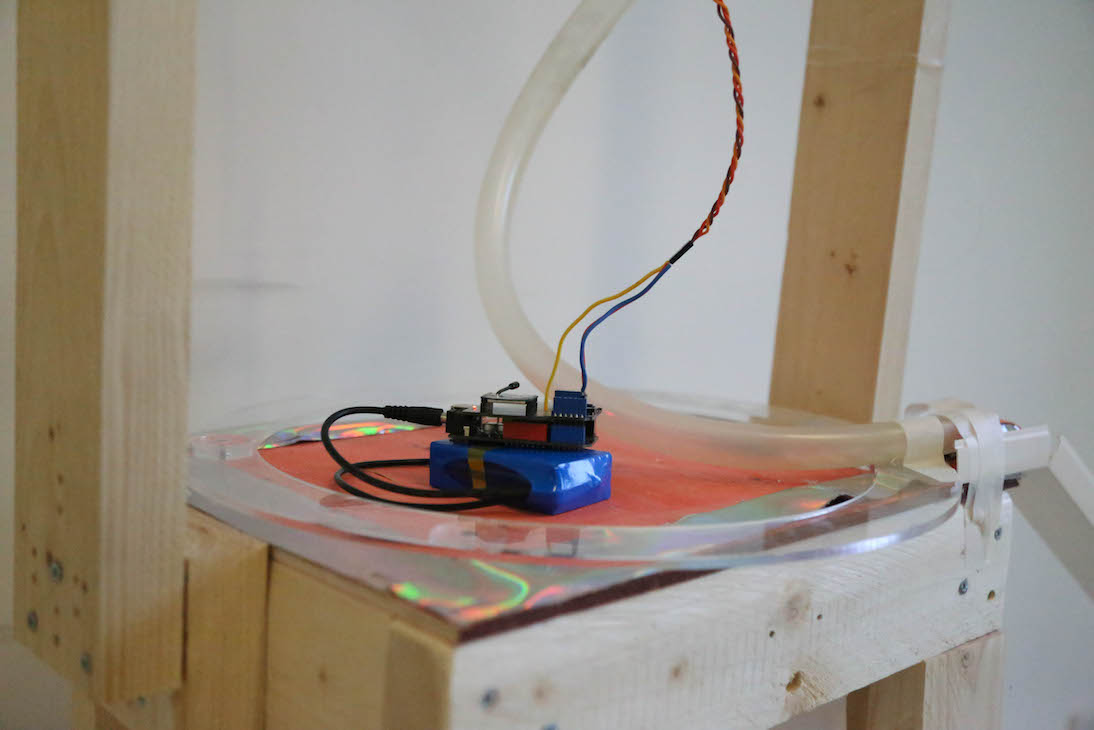 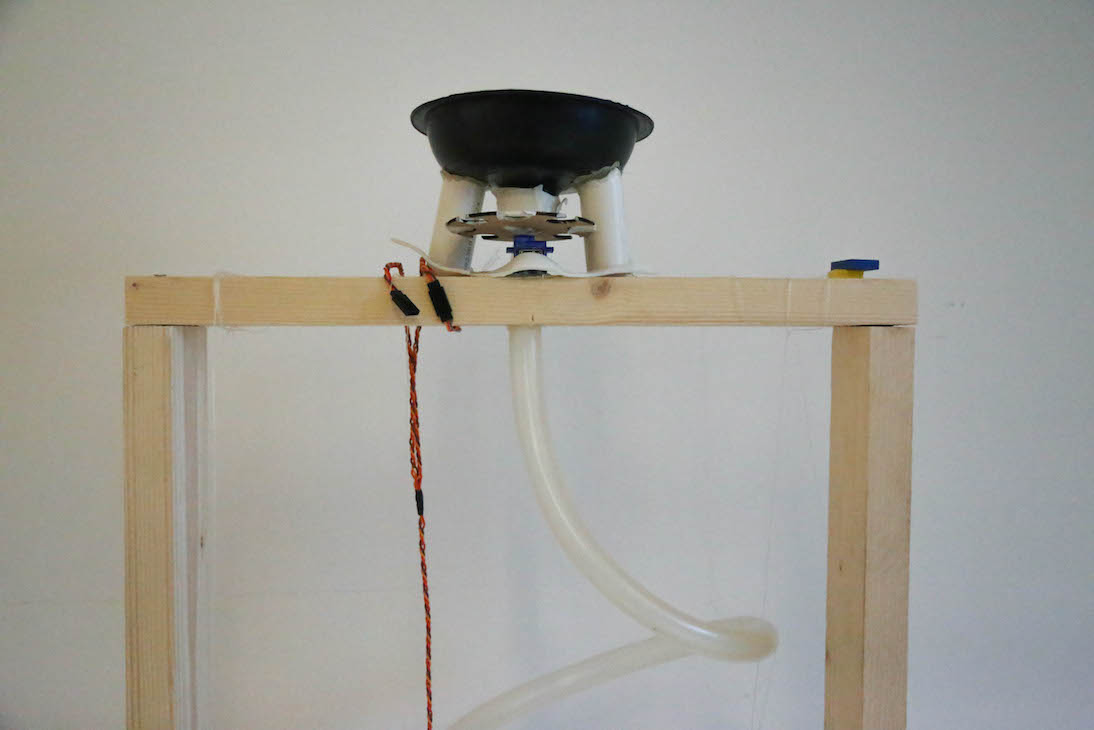 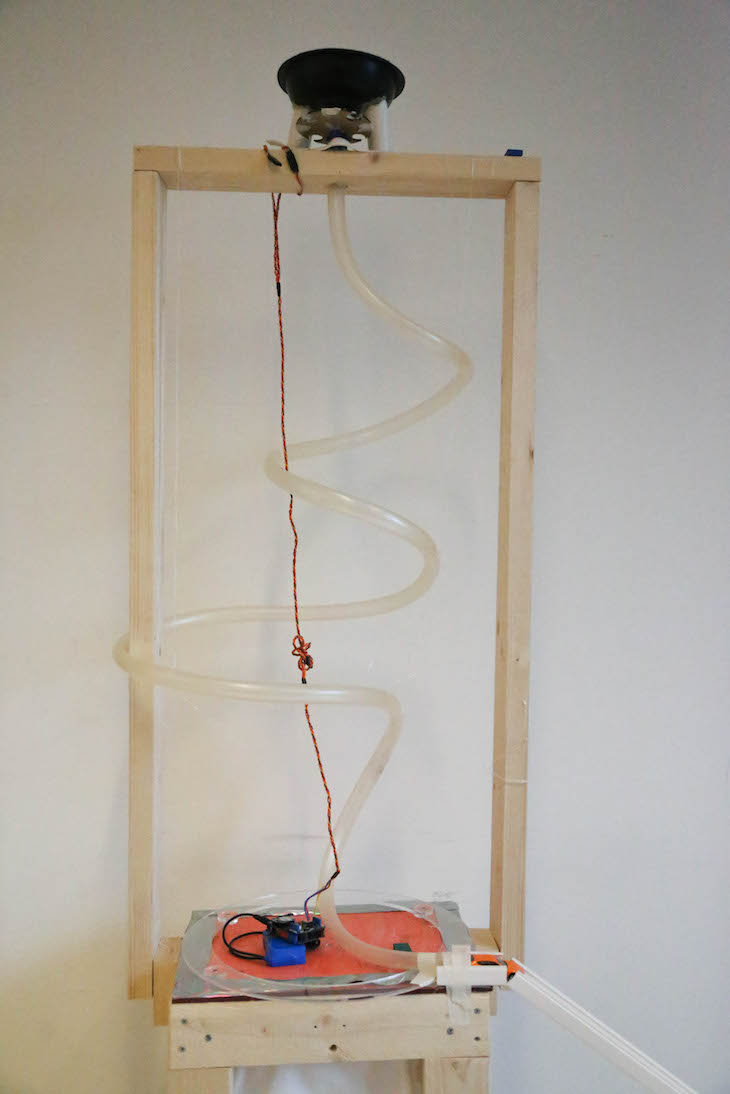 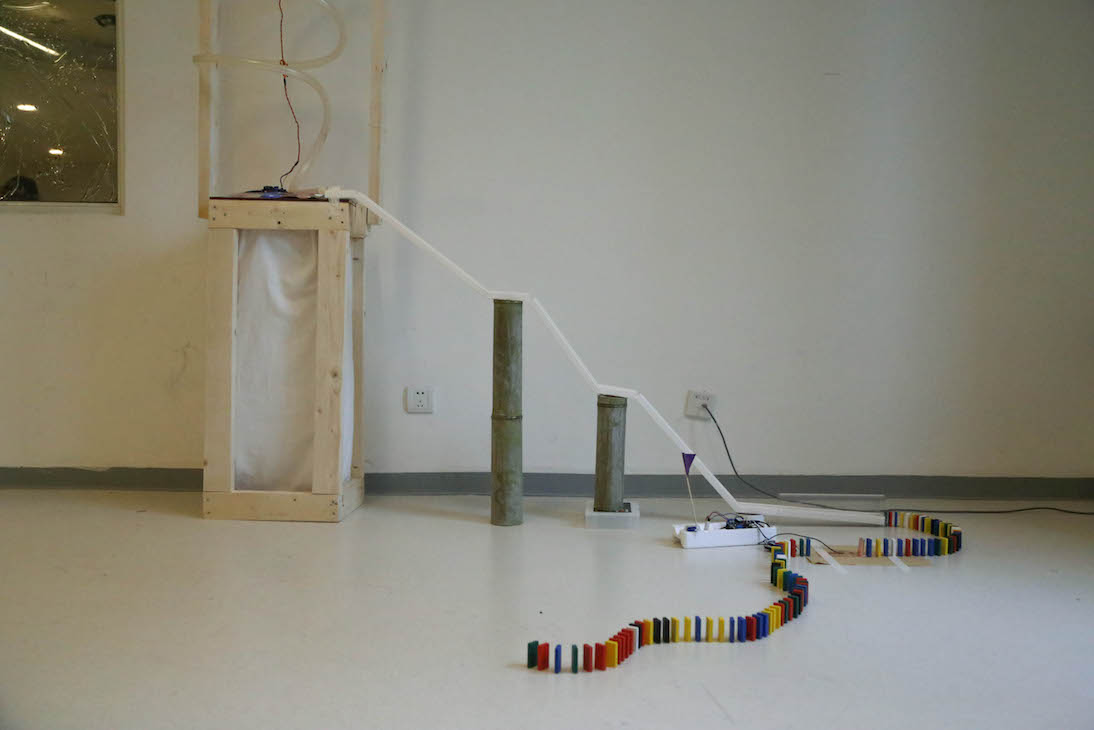 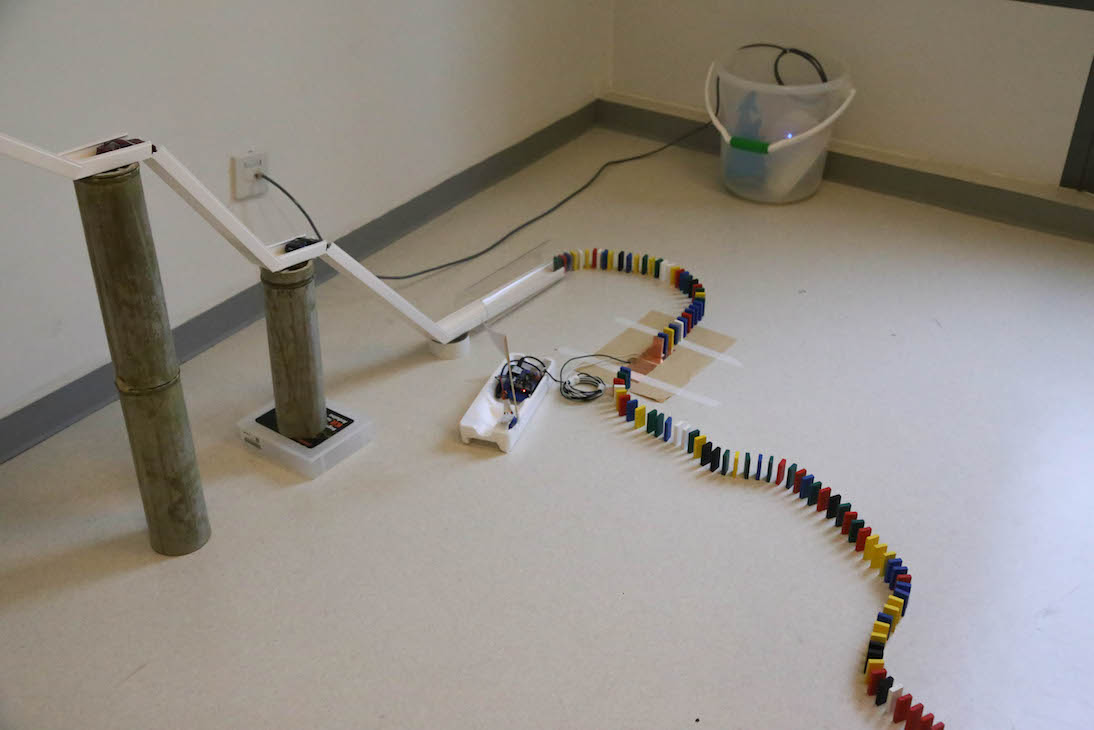 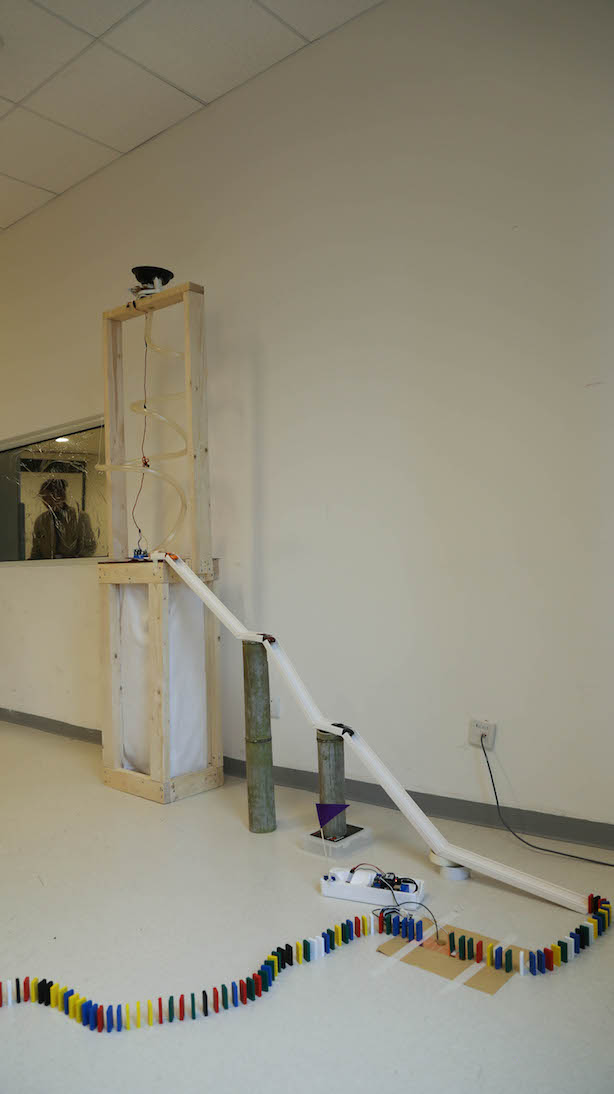 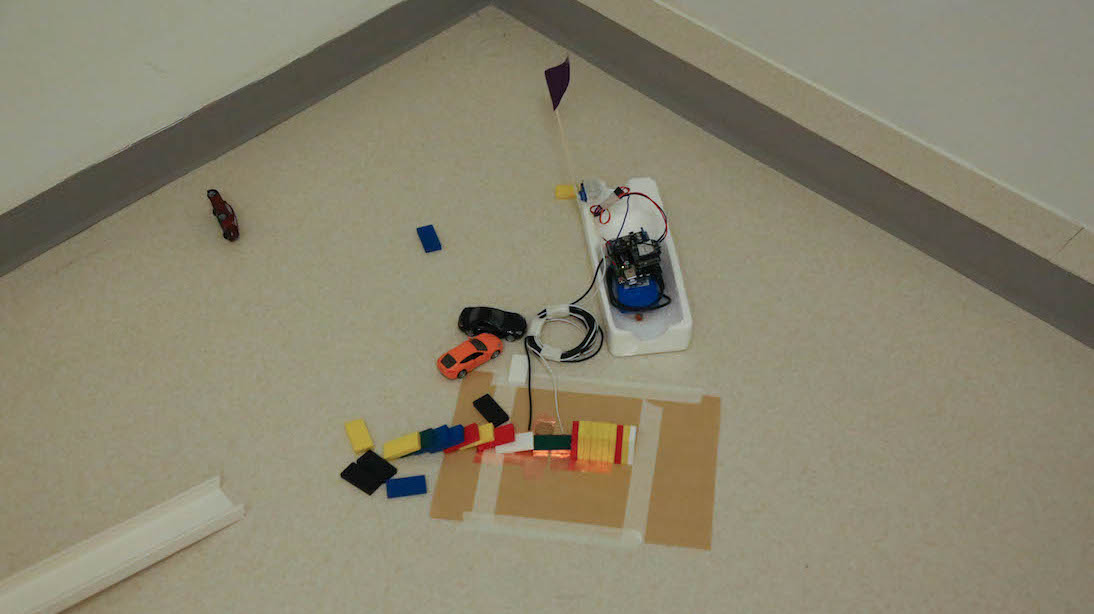 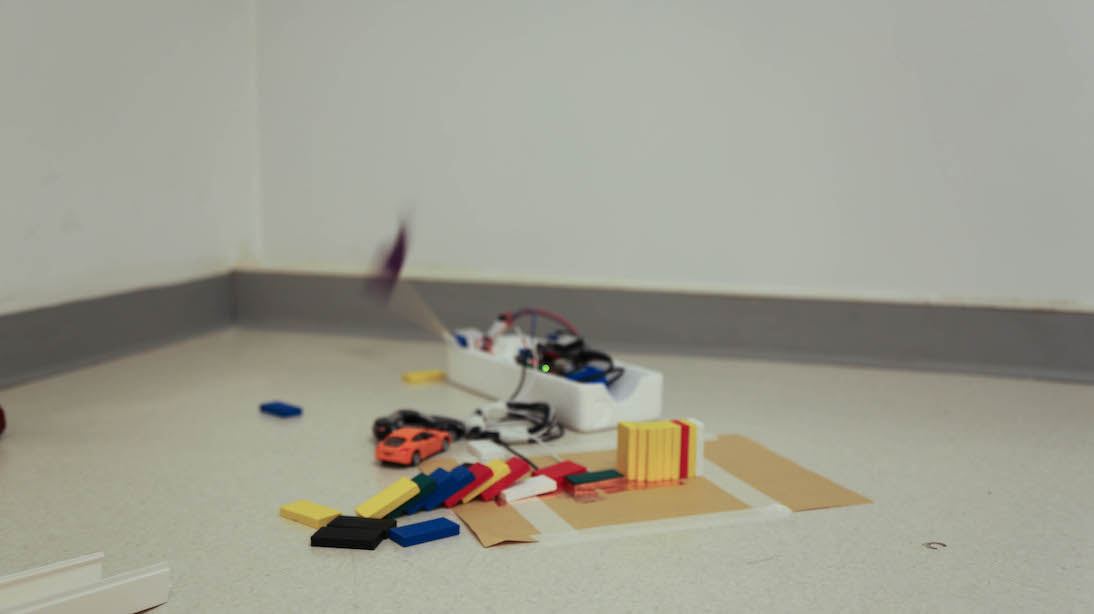